In May 2016, the UK Government joined 193 other member states at the 69th World Health Assembly in committing to eliminate viral hepatitis C globally by 2030. There has been a rise in the number of people accessing treatment for hepatitis C in England in recent years, but further increases in testing, diagnosis, referral and treatment will be required in order to achieve elimination by 2030.

In September 2017, the All Party Parliamentary Group (APPG) on Liver Health launched an inquiry into achieving the elimination of hepatitis C in England. Three oral evidence sessions were held in October, featuring a range of expert stakeholders answering questions from APPG members. The APPG also received written submissions of evidence from individuals and organisations.

On the basis of the evidence received, a report, ‘Eliminating Hepatitis C in England’ has been produced, setting out some of the practical steps that can be taken to ensure a hepatitis C-free England. The report was published in March 2018 and can be read here. 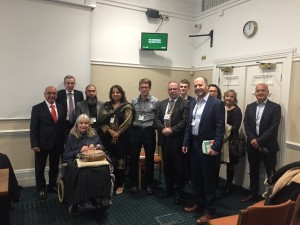